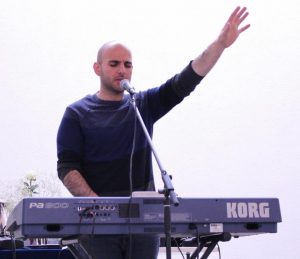 The pastor of the church of Jesus Christ

Kais Jibrail (born in Baghdad, Iraq in 1985) was born into a Catholic family. When he was 15 years old, He came with his family to the Netherlands in 2000 . Kais completed a higher education in the Netherlands and got a Master of Laws Degrees in Civil Law Studies in 2014.

When Kais became 24 years old, he experienced the true faith in Jesus christ. Since then he has been growing in faith, and he was blessed by the Lord to be a pastor and a teacher. In addition, he devoted his talent of playing music and singing to serve and worship the Lord.

Since the beginning of his faith, Kais has served in many Dutch and Arab churches in the Netherlands. Then he began to hold small meetings and teach the bible in a house church. In 2016 the Lord Jesus placed in his heart to establish a church that focuses on praise and worship, and in 2018, the Church of Jesus Christ was opened in the city of Zoetermeer in the Netherlands.

Through this church, Kais seeks to create a church without offences, such as the first church that we read about in Acts of the Apostles.